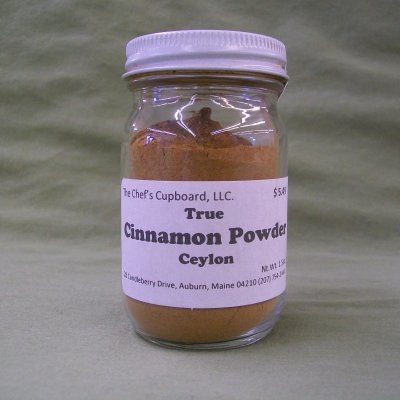 Ceylon or True Cinnamon is just as tasty, some say sweeter, as common cinnamon and will work great in every recipe that calls for cinnamon. What separates Ceylon Cinnamon is that it has a few additional health benefits than its more common cinnamon counterpart.  Ceylon Cinnamon contains a greater amount antioxidants, it is often used by dieticians to help curb hunger, and it has a lower concentration of Coumarin (an active ingredient in commercial blood thinners).